Corporate supporters of HR3261 (SOPA) and S968 (PIPA) demand the ability to take down any web site that affects their profits — without due process or judicial oversight — in the name of combating “online piracy.” Hoping you won’t notice or care, quite a few of our Public Servants want to give them that right.

SOPA/PIPA authors and supporters insist they’re only after foreign piracy sites, but Internet Engineers understand this is an attempt to impose “Big Brother” control over our Internet, complete with DNS hijacking and censoring search results.

<RANT>What could be more anti-American than jack-booted thugs throttling our free speech, poisoning that greatest of American inventions, the Internet, while devastating perhaps our most successful and competitive industry?</RANT>

Where does your Member of Congress stand on SOPA? (Project SOPA Opera)

SOPA and PIPA Are Too Dangerous To Revise, They Must Be Killed Entirely

Congress needs to hear from you, or these dangerous bills will pass – they have tremendous lobbying dollars behind them, from corporations experts say are attempting to prop up outdated, anti-consumer business models at the expense of the very fabric of the Internet — recklessly unleashing a tsunami of take-down notices and litigation, and a Pandora’s jar of “chilling effects” and other unintended (or perhaps intended?) consequences.

There is still time to be heard. Congress is starting to backpedal on this job-killing, anti-American nonsense, and the Obama administration has weighed in against these bills as drafted, but SOPA/PIPA cannot be fixed or revised — they must be killed altogether.

Tim O’Reilly, a publisher who is himself subject to piracy, asks whether piracy is even a problem, and whether there is even a legitimate need for any of these bills.

We Are Change is a citizens based grassroots peace and justice movement working to reveal the truth behind suspected false flag and government corruption that have taken place around the world. We are here to expose any criminality by all governments or corporate elite who remain suspect in these crimes. 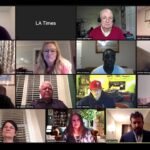 This post was originally published on this sitePresident Donald Trump absolutely dominated Joe Biden during the second and final presidential debate, according to pollster Frank Luntz’ focus group of undecided voters from swing states. WATCH: After the debate was over, Luntz asked 13 undecided voters that are currently registered to vote in one of 13 […] 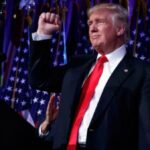 2020 Election Prediction: Despite Massive Headwinds and Democrat Attempts to Steal Election, President Trump Will Win in Larger Landslide than 2016

This post was originally published on this site Source: Our Track Record In early April 2016 we predicted that Senator Cruz’s Presidential run would be over by the end of that month – we were right: https://www.thegatewaypundit.com/2016/04/official-ted-cruz-mathematically-eliminated-gop-race/embed/#?secret=byhLP5w41Y In November 2016 we predicted President Trump would win in a landslide in the Presidential election – and […]

2020 WACTV. All Rights Reserved
Design & Develop by Grace Themes
We use cookies to ensure that we give you the best experience on our website. If you continue to use this site we will assume that you are happy with it.OkPrivacy policy